Crescent: Retrospectives of Zhao Wenliang and Yang Yushu will open soon at the Beijing Inside-Out Art Museum. This exhibition project revolves around the artistic practice of Zhao Wenliang and Yang Yushu, who were the central figures of the Yuyuantan School of Painting emerged in the late 1960s and the No Name (Wuming) Group in the 1970s. Zhao and Yang’s practice dates back to the 1950s and their entire work, which spans decades, offers us a unique insight into China’s social transformation and artistic revolution from the 1950s to the present day. The inevitable yet extraordinary contradiction between their life and art is deemed as a premise for the exhibition narrative. Through research, exploration, and historical re-imagination, this exhibition presents a series of interconnected theoretical issues that are still significant in China’s art world today and examines how suppressed historical and aesthetic experiences are formed, interpreted, and applied in today’s context of nihilism.

Zhao Wenliang (1937- , born in Harbin) and Yang Yushu (1944- , born in Beijing) were both born before 1949, when the People’s Republic of China was founded. Therefore, they have experienced the changes China has undergone in social history and artistic practices since 1949. The two met in the late 1950s when they were learning painting and their relationship has since been one of mentor and student as well as of friendship. They have had a hard life, struggling financially, and painting has been the most important thing for them and their only hope. They shared a small unit in Fangzhuang, Beijing from 1992 to 2011 and then moved into an ordinary residential block near Yayuncun, Beijing. 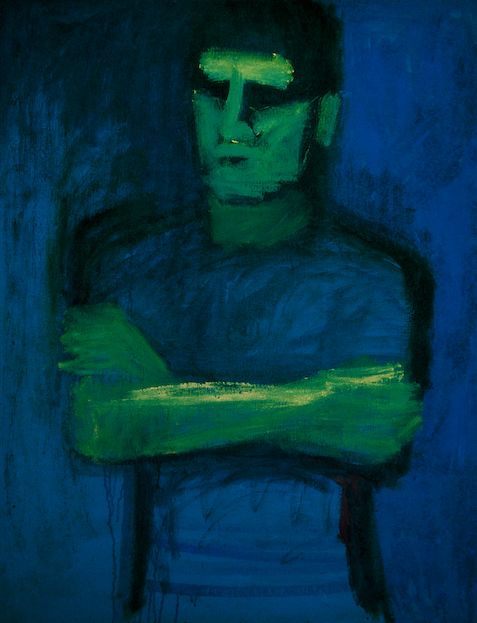 From 1963 on, Zhao and Yang focused increasingly on painting en plein air. During this time, Zhao and Yang met some young painting enthusiasts, who, drawn to their style, began learning from and painting together with them. Together they formed loosely the Yuyuantan School of Painting. Zhao and Yang got to know another group of young amateur painters in the 1970s and they all continued painting under the trying political circumstances at that time. Zhao and Yang played the role of mentor for these young painters, who formed the main members of the No Name Group. The No Name Group held a secret exhibition on December 31, 1974 and later two self-titled public exhibitions, one in 1979 and the other 1981. Indeed, Zhao and Yang have always strived to keep their own style and held themselves to  demanding standards. Even in the 1980s when modern art movements were prevailing in China, Zhao and Yang did not drastically alter their own technique and style to follow the trend, but kept exploring and strengthening their own method that was formulated initially in the 1960s and 1970s. In fact, they consciously distinguished their work from what was popular; some of their paintings even had traces of classical Chinese philosophy and aesthetics in them. 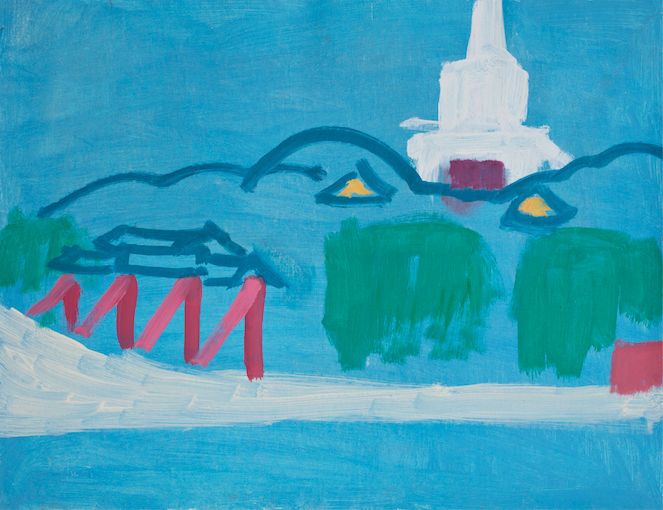 The title of the exhibition, Crescent, is borrowed from the name of the Crescent Moon Society, a literary and political group founded in the Republican era of China in 1923. The Crescent Moon Society promoted relatively liberal, modernist work and discussions and advocated the primacy of technique and form, thus contrasting sharply with the Left, who endorsed literature that served the proletariats. The Society expressed strong opinions in many fields from literature to political systems, to schools of thought, and to academic debates. Because of this, they were described by the Left and in socialist writings as pro-capitalist. After the People’s Republic was established in 1949, the voice the “Crescent Moon” represented became increasingly low and more of an undercurrent. Furthermore, as socialist realist fine arts turned institutionalized and became an ideological vehicle, this voice was no longer an entity that actively engaged in cultural and political discussions, but was gradually deemed as a set of values opposite to that of socialism. In fact, the influence of “Crescent Moon” could also be seen in the practices of socialist realist fine arts, as its formalistic appeal of artistic language were partly used in constructing the discourse of socialist realism. That said, although the presence of “Crescent Moon” can be found in the aesthetic field and was included in the framework of realism, it represented a voice only on the level of formalistic language in arts under the banner of diversity. Therefore, this voice was subjected to suppression and censorship at all time. This is due to the dominance of state power and the mutual exclusion of China and the West during the Cold War period. The role it could potentially play in philosophy, schools of thought, values, and discourses remained rather constrained on all fronts. 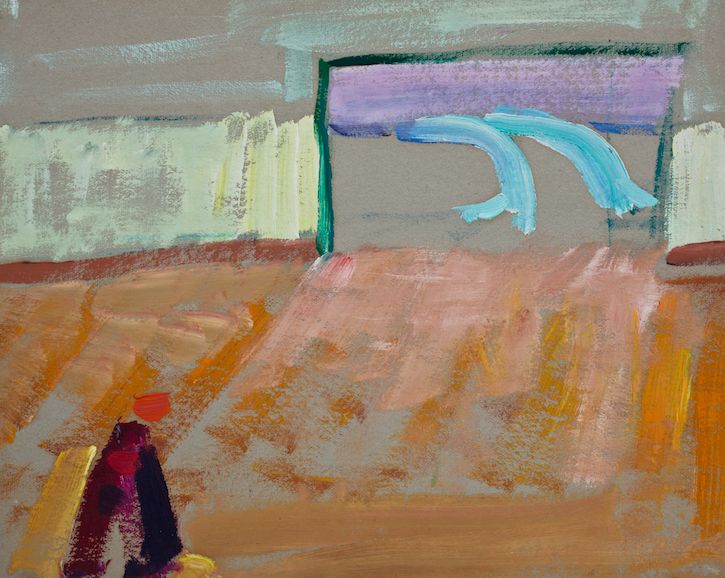 Crescent, as the title of this exhibition, is a metaphor that relates to changing times and spaces, a start of the story that we are telling here through these two individual artists. What is on offer is a three-dimensional perspective on their work.

A major challenge to us curators would be: how do we fully and truthfully tell these two artists’ story of making art in hard times? On the other hand, their work reflects the institutionalization and the changes of discourse in Chinese fine arts since 1949. How to consider these artists’ relationship with the authoritative framework of the state from a historical and critical perspective forms the most crucial theoretical task of this exhibition. 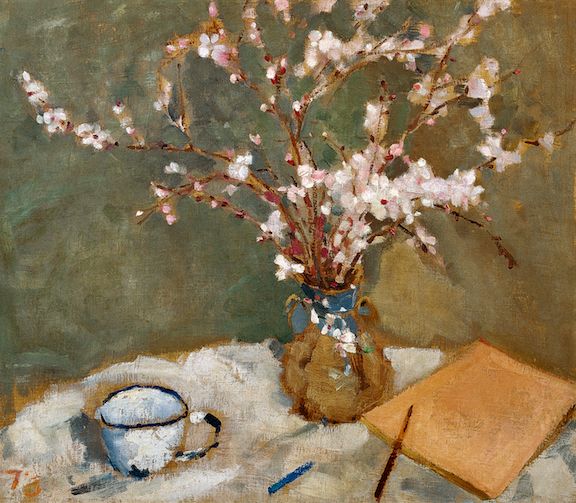 We will hold a series of talks and seminars by researchers and scholars of art and philosophy during the exhibition in order to discuss relevant issues in depth. An art and research residency program will also be launched, in which one artist and one researcher will be invited to work for a period here at the Inside-Out Art Museum in relation to this exhibition, the work of Zhao and Yang as well as the extant literature on them. More than 1,000 paintings are accessible during the residency. Application must be submitted by March 24, 2018.